Prostate cancer is the commonest cancer in men in the UK.

Around about 30,000 men are diagnosed every year.

Prostate cancer is exceptionally common as men get older, so the majority of older men will have prostate cancer, even though most of them will never have it diagnosed.

So around about 80 per cent of 80-year-old men have got prostate cancer. The men who are most likely to be diagnosed with prostate cancer are older men, black men and men with a family history of the disease.

When men are told they've got prostate cancer, the word "cancer" obviously makes them feel extremely anxious, but it is important to realise that prostate cancer is not like other cancers and, in particular, it's the only one that often does not require any treatment at all. Men can live with prostate cancer for decades without it causing them any problems whatsoever.

The risk groups are based on three things:


That's the prostate specific antigen. And if the prostate feels normal, the tissue samples look relatively normal under the microscope and the PSA level is less than ten, that's a low-risk prostate cancer. And at the other end of the scale, if the prostate feels very abnormal, the tissue samples look aggressive under the microscope and the PSA level's more than 20, that's a high-risk localised prostate cancer, and the treatment is very different for the three risk groups.

Men with low-risk localised prostate cancer are often observed rather than treated immediately. During that period of observation, they have regular blood tests to measure the PSA. They usually have repeat biopsies every few years. And as long as the cancer doesn't progress, then they continue with observation. On the other hand, if the PSA level rises significantly or the biopsies show cancer progression, then they can go on to have either surgery or radiotherapy. This is called an active surveillance policy. And radiotherapy can be given in two different ways, either external beam treatment or a seed implant.

The effectiveness of all three of those treatments is thought to be the same, so the cure rate is no different between surgery and radiotherapy. Where they do differ is in terms of their convenience and in terms of their side effects. All three treatments can cause adverse effects on bladder function, bowel function and sexual function. That's really why it's important that not all men with prostate cancer require treatment. If treatment had no side effects, then we would treat all men, but the fact is that treatment can have significant adverse effects, and so we aim to target treatment only to those men who actually need it. In the past, prostate cancer has not been studied as well as other common cancers, but that is now changing. There are now many more clinical trials of new treatments for prostate cancer, particularly for advanced prostate cancer.

In the last few years, we've learned that there is an important role for chemotherapy in advanced prostate cancer. It improves the survival of men with advanced disease, and there are lots of new drugs that are currently being tested.
More Information 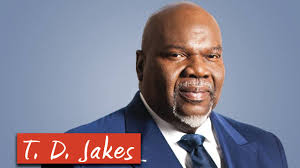 JD Jakes explains why we need to pray and support our men.

What is International Men's Day 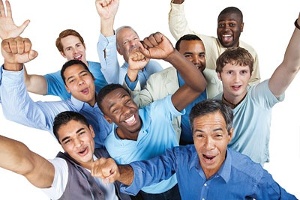 International Men's Day is celebrated in over 60 countries of the world.  On November 19 lets celebrate the contribution men and boys make to those around them, to their family and friends, their work place and the community, the nations and the world.